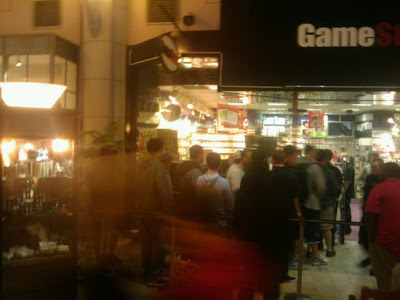 I waited in line at the midnight release and it was well worth the wait. This game is fantastic and will do well with the existing fan base and new players.

I love what few multi player features I've found so far and the SP is pretty fucking epic. The same people that hate on this are trying to boycott L4D2. People are really dumb and critical with no real experience or knowledge to critic with. A lot of the cry babies are just that, children that were not around in the days of low polygon count characters and lack of shading and lighting effects of today's game. You should be grateful to see game development come this far. From no plot to cinematographic direction and star voice acting talent. This game might only have a 5 hour single player campaign but don't think that ever second isn't going to immerse you far greater than a Hollywood action film could. Let us not forget about all the new multi player perks and achievements there are and how it's now on the Steam platform out of the box. Also a new Spec Ops mode for co-op play.


The honest truth is, this game has not been out long enough to publish a fair review or give rating to.
Posted by youthzero at Tuesday, November 10, 2009 0 comments