ZeniMax Media Acquires id Software
Brings together two of world’s best game studios
Library of powerhouse franchises will include DOOM, Fallout, The Elder Scrolls, QUAKE, Wolfenstein and RAGE
June 24, 2009 (Rockville, MD) – ZeniMax Media Inc., parent company of noted game publisher Bethesda Softworks, today announced it has completed the acquisition of legendary game studio, id Software, creators of world-renowned games such as DOOM, QUAKE, Wolfenstein, and its upcoming title, RAGE. The acquisition by ZeniMax Media joins together two of the finest, most respected videogame developers in the world, combining the first person shooter (FPS) expertise of id Software with acclaimed role playing game (RPG) developer Bethesda Game Studios – creators of the 2008 Game of the Year, Fallout 3, and the 2006 Game of the Year, The Elder Scrolls IV: Oblivion. Bethesda Softworks will publish the titles of id Software other than upcoming releases previously committed to other publishers.

Founded in 1991, id Software established itself as an industry leader with some of the best-selling and most critically acclaimed video games of all time. id Software created the original first-person shooter, Wolfenstein 3D, and subsequently set new standards in the genre with the blockbuster releases of its DOOM and QUAKE titles. In addition, id Software developed cutting edge, proprietary technology with the id Tech engine which powers many notable FPS titles, and continues to make great advances in game technology under the direction of John Carmack, one of the country’s technology leaders and a member of the Academy of Interactive Arts and Sciences (AIAS) Hall of Fame.

Todd Hollenshead, CEO of id Software, commented on the transaction: “This was a unique opportunity to team with a smart, sophisticated publisher like Bethesda Softworks where the interests of the studio and the publisher will be fully aligned in the development and marketing of our titles. In addition, we will now have financial and business resources to support the future growth of id Software, a huge advantage which will result in more and even better games for our fans.”

id Software will continue to operate as a studio under the direction of its founder, John Carmack. No changes will be made in the operations of id Software in the development of its games. All the principals at id Software have signed long-term employment contracts, assuring they will continue in their roles developing games at the studio.

“This puts id Software in a wonderful position going forward,” said John Carmack, who will continue to serve in his current role as Technical Director. “We will now be able to grow and extend all of our franchises under one roof, leveraging our capabilities across multiple teams while enabling forward looking research to be done in the service of all of them. We will be bigger and stronger, as we recruit the best talent to help us build the landmark games of the future. As trite as it may be for me to say that I am extremely pleased and excited about this deal, I am.”

Robert Altman, the founder, Chairman & CEO of ZeniMax Media stated, “We, along with many others, consider id Software to be among the finest game studios in the world, with extraordinary design, artistic and technical capabilities. They have demonstrated, repeatedly, that rare ability to create franchise properties that are critical and commercial successes. Our intention is to make sure id Software will continue to do what they do best – make AAA games. Our role will be to provide publisher support through Bethesda Softworks and give id Software the resources it needs to grow and expand.”

ZeniMax Media Inc, which is privately held, was founded in 1999 to create quality interactive entertainment products to meet the growing worldwide demand. The Company is headquartered in Rockville, MD and maintains offices in Hunt Valley, MD, London and Tokyo. Among its wholly owned subsidiaries are Bethesda Softworks, a premier publisher of video games, Vir2L Studios which develops games for the casual market, and ZeniMax Online Studios, a studio dedicated to massively multi-player online games (MMOG). 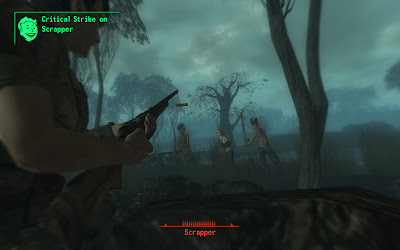 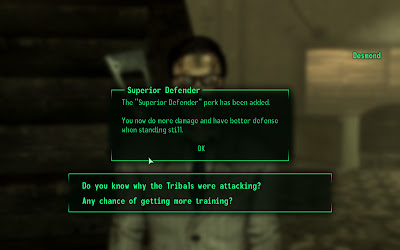 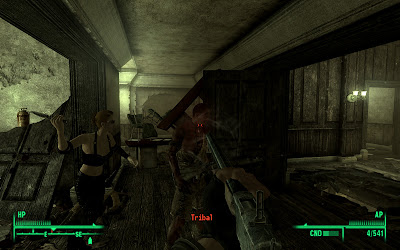 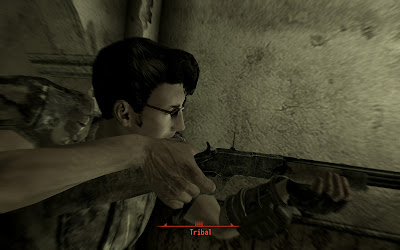 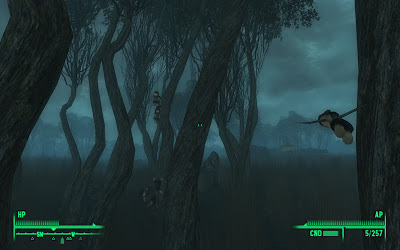 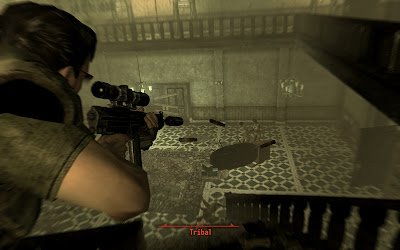 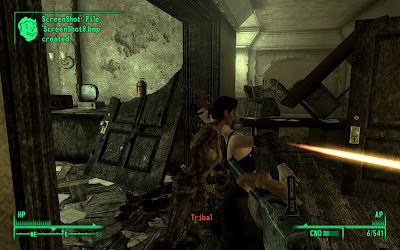 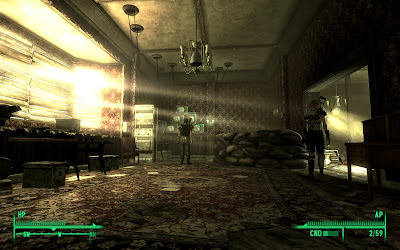 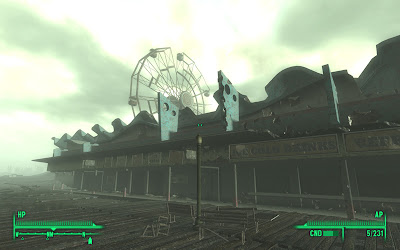 I'm still playing through, It's really good. I just battled my way out of the mansion, It had a very resident evil meets interview with the vampire feel to It. The over all feel of the environment is amazing. So far I have received one perk and a new lever action 10mm rifle. I can't stay long to spoil, there are swamps to explore!


Here are a few screens, I will post others in the Media section.
Posted by youthzero at Wednesday, June 24, 2009 0 comments

Sony Computer Entertainment president Kaz Hirai showed off a new PSP Go at E3 got under way nearby in Los Angeles.

"We call it the worst kept secret of E3," Hirai quipped, referring to news of Go news leaks more akin to streams. 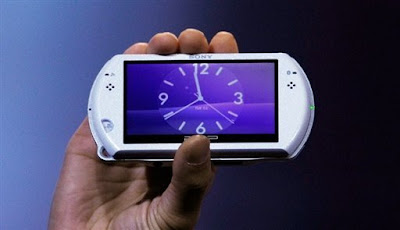 Go is half the size of the original PSP and built to download and store video, pictures and games, according to Hirai. Go devices have built-in wireless Internet and Bluetooth capabilities.

"It's built for people who live a more digital lifestyle," Hirai said. "It's designed to bring all kinds of content to the PSP." 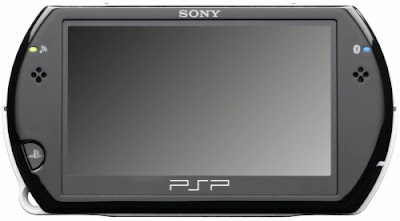 All future PSP videogame titles will be available for digital download, skipping any need to buy software on disks, according to Sony.

"I think the PSP is getting really hotter," said Hideo Kojima, whose eponymous studio makes the "Metal Gear Solid" franchise whose protagonist is a fearsome soldier called "Snake."

"And Snake is coming back on the PSP."

Go devices will be priced at 249 dollars, or 249 Euros respectively, when they are released in the United States and Europe in October, according to Sony. The gadgets will be available in Japan in November, Sony says.
Posted by youthzero at Wednesday, June 03, 2009 0 comments "It will take you deeper into Samus' story, and further into the Metroid universe," said Nintendo's Reggie Fils-Aime, who prefaced the introduction by stating Nintendo's intention to develop a "mature" game that would satisfy internet-dwelling fans.